Since the early days of human society, stones, trees and other objects have been used to mark the point at which a body was buried, or a person's ashes were scattered. Over time, the types of stone used changed from rough lumps of rock into carefully crafted headstones. If you have recently lost a loved one, you may be considering the design of the headstone you wish to use to commemorate their life. There is a wide range of different headstones available. Below is a guide to 4 popular types.

This is the type of gravestone that probably comes to mind when you hear or read the word gravestone. In the past, these grave stones were very ornate, with angels, crosses and other objects carved into the surface of the stone. However, in recent years, it has become increasingly popular to install a minimalist upstanding gravestone made from a simple block of granite or other stone.

A slant marker looks like a miniature headstone which has been placed an angle on a concrete base. The slant marker can be a very visually appealing option as it allows the inscription to be easily viewed. Slant markers are sometimes decorated so that the face of them look like an open book, in which a message or dedication is carved.

A flat headstone is normally a small square or rectangular piece of stone which is inserted into the ground so that the surface of the stone with the inscription on it is flush with the ground. Because they require much less stone, this type of headstone is typically much cheaper than a traditional headstone which makes it a highly affordable option. For an additional cost, you may wish to have bronze or other metal added to the stone to strengthen it and to add to its overall appeal.

If you would like further information or advice about the various types of headstones which are available, you should contact your local funeral director today. 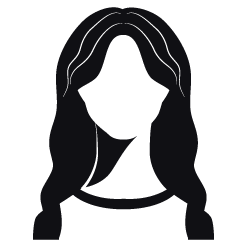